Not surprisingly, the FTSE100 was one of the strongest indexes throughout the passing week, as the index had given a very good bullish signal, a thrust above a Weekly bullish pinbar on a sloping 8 EMA line, high momentum, after a retest of an important Monthly line mentioned before, being a confirmation that the market has overcome this barrier.

We’ve almost reached again the level which served as an all time High for 15 years, the 6950 level. The current bullish setup target of the Weekly bullish pinbar hasn’t been gained yet, and it points to 6970-6986, i.e. slightly above this important level.

Notice that there is a very strong and important resistance at the levels of 6980, 6986 and 6996. This area is a clear area of supply, and this is the first time for the price to return into this area again. So, there are many chances to see eventually a major correction on the Weekly and even the Monthly timeframes as a result prior to further attempts to make a new all time High.

On the Daily timeframe, there is a clear Daily bullish pinbar on a sloping 8 EMA – of last Thursday, already been triggered by the thrust up made at last Friday. This bullish pinbar’s target is slightly above the resistance levels mentioned previously, hence might not give the regular pinbar’s 1:1 R/R ratio as a result. 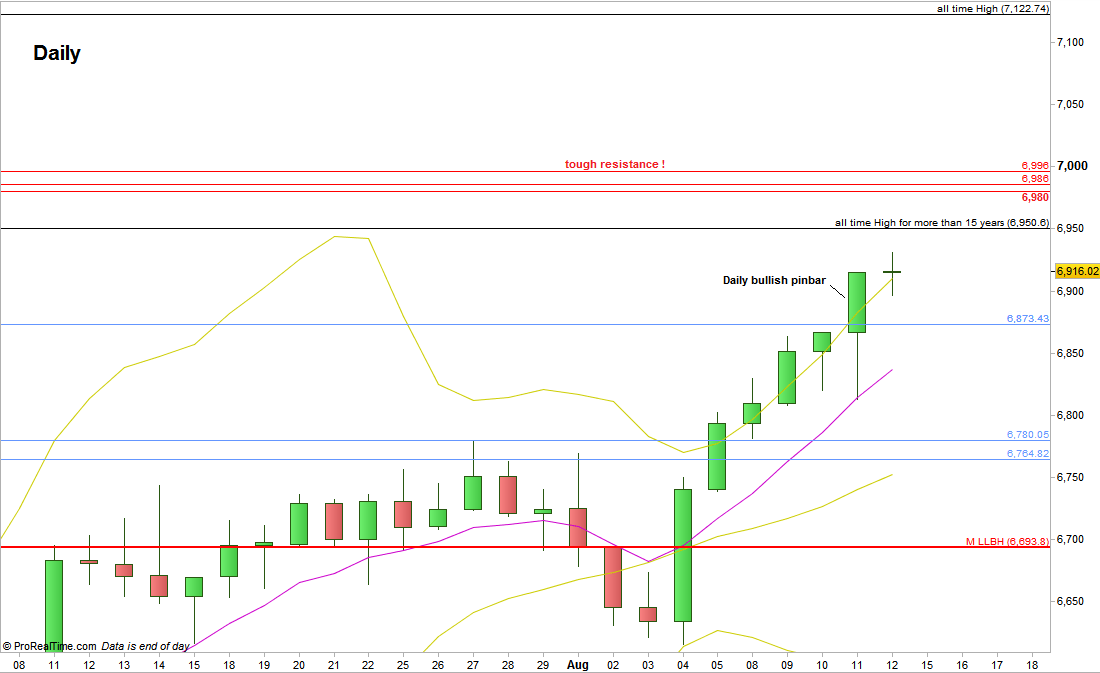 FTSE Futures: Daily chart (at the courtesy of prorealtime.com)