12.45: A batch of confidence-boosting trading updates and further merger activity – both real and speculative – helped the Footsie push up to seven week highs by lunchtime.

Sentiment was also boosted by more encouraging signs from the UK economy after the Office for National Statistics’ first estimate for GDP in the opening three months of the year came in at 0.8 per cent. 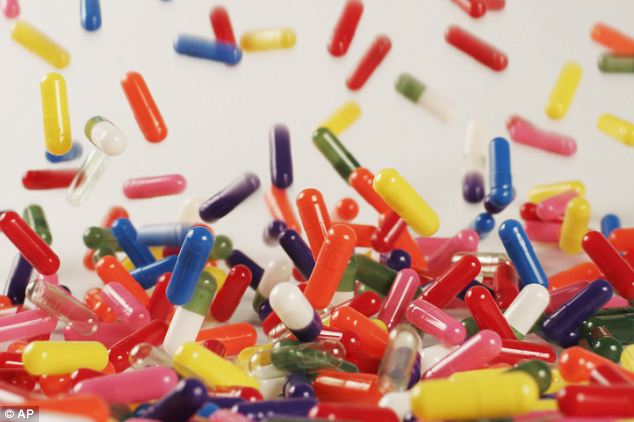 This was in line with recent trends and although slightly below City expectations ensured the pound clung to recent gains to stand unchanged against the US dollar and euro.

The latest round of positive trading updates featured annual results from Whitbread as the leisure group continued to reap the benefit of a strong performance from coffee shop chain Costa.

Also on the up, oil major BP – which has a 20 per cent stake in Russia’s sanction-hit oil firm Rosneft – rose 3.9p to 492.25p after its first quarter profits met City expectations and included a second rise in the company’s dividend within six months.

Chief executive Bob Dudley said the figures represented a ‘very solid start’ to the year, despite a 75 per cent drop in BP’s share of profits from Rosneft which was blamed on a slide in the value of the rouble caused by pressure on Russia’s economy from the crisis in the Ukraine.

The biggest rise of the session was again delivered by the pharmaceuticals sector, with Shire up 151p to 3,437p on speculation that the company is in the takeover sights of US healthcare company Allergan.

Mike van Dulken of Accendo Markets said: ‘This would be a revival of an approach made recently and which came to nothing after talks but shows the appetite for consolidation in the sector, notably for companies located in countries with lower tax where the newly combined entity can be headquartered.’

Drugs peer AstraZeneca, which soared 14 per cent yesterday after Pfizer confirmed its interest in a bid for the UK company ticked another 4.0p higher to 4,670.5p today supported by an upgrade in rating from broker Credit Suisse to neutral from underperform.

Staying with M&A, mid cap chipmaker Wolfson Micro soared 75 per cent higher, up 98.4p to 231.5p after agreeing to a £291million takeover by US handset maker Cirrus Logic, valuing each Wolfson share at 235p.

Wolfson, which has been under pressure since it missed out on a deal to make chips for the Samsung’s S4 smartphone, also reported a 40 per cent drop in first quarter sales.

Among the fallers, selected mining shares were under pressure as broker HSBC Securities downgraded its rating for the sector to neutral from overweight on concerns about Chinese growth, with Antofagasta off 7.5p at 780.0p.

‘Miners stocks are already pricing in some recovery in markets, and a blanket buy on the major diversified miners would require something like a second half Chinese stimulus, which the market will not buy into without clear evidence,’ HSBC’s analysts said in a note.

Elsewhere, Barclays shares were 1.2p lower at 247.8p after German peer Deutsche Bank reported a 34 per cent fall in first quarter profits due to weakness in bond and foreign exchange trading.

The UK bank is due to publish its own figures next week.

And mid cap outsourcing firm Serco slumped 20 per cent after it warned that it expects a material downward revision to profit forecasts. With new boss Rupert Soames due to start work on Thursday, the troubled company said it was in talks with shareholders over a potential City fundraising in order to strengthen its balance sheet.

09.15: The Footsie extended its gains in early morning trade with Whitbread shares leading the way as the leisure group reaped the benefit of another strong performance from coffee shop chain Costa.

After an hour and a quarter of trading, the FTSE 100 index was 22.5 points higher at 6,722.7, shrugging aside continued worries that the crisis in Ukraine will lead to more sanctions against Russia.

Whitbread’s performance helped perk up the rest of the London market. Shares in the company, which also owns Premier Inn, Brewers Fayre and Beefeater rose 2 per cent or 80.5p to 4,141.5p after it said like-for-like sales at Costa surged 5.7 per cent in the UK, leading to a 16.5 per cent jump in group profits to £411.8million. 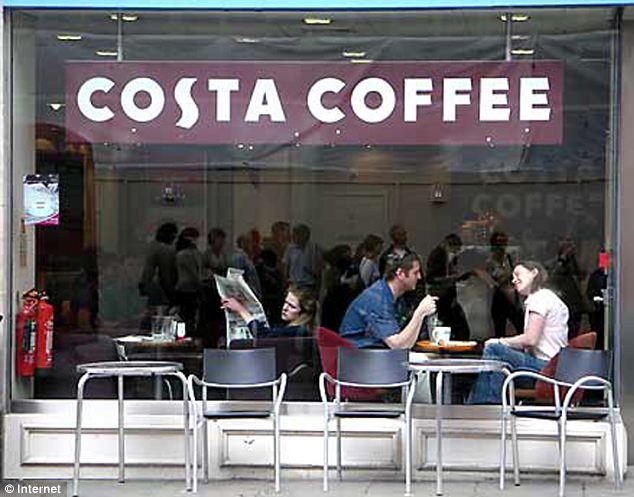 Richard Hunter, head of equities at Hargreaves Lansdown Stockbrokers said: ‘Investors have come to expect much of Whitbread and these numbers do not disappoint.

‘The twin drivers of growth remain on full throttle in the form of Costa and Premier Inns. Sales for both are strongly up, comfortably into double digit territory, as is underlying pre-tax profit. Meanwhile, net debt has reduced and the dividend payment increased.

‘Accompanying outlook comments are also upbeat, including confirmation that the previously announced 2016 and 2018 growth milestones are both on track,’ he added.

Oil giant BP, which has a 20 per cent stake in Russia’s Rosneft, managed to gain 4.5p to 493p after it lifted its dividend for the second time in six months and reported a small-than-expected decline in first quarter profits.

Rival Royal Dutch Shell, which posts figures on Thursday, was flat at 2,407.25p.

But on the downside, Barclays shares were 3.1p lower at 245.9p after German peer Deutsche Bank reported a 34 per cent fall in first quarter profits due to weakness in bond and foreign exchange trading.

And outsourcing firm Serco slumped 18 per cent on the FTSE 250 index after it warned that it expects a material downward revision to profit forecasts.

With new boss Rupert Soames due to start work on Thursday, the troubled company said it was also in talks with shareholders over a potential City fundraising in order to strengthen its balance sheet. Serco shares dived 71.1p to 333.5p.

The update due at 9.30am is expected to confirm the UK economy is within a whisker of finally recovering its pre-recession size.

The gross domestic product figures are also likely to show Britain notched up its fastest economic growth in nearly four years in the first three months of 2014. 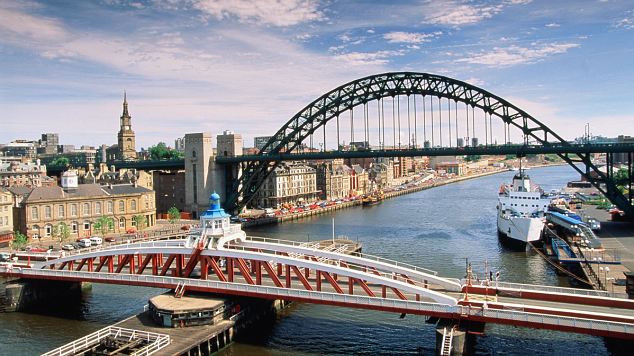 UK recovery: Economy is close to its pre-recession size again

Michael Hewson of CMC Markets said: ‘Later this morning we get the first indications of how well the UK economy has fared in the first quarter and unlike the US it looks like any adverse effects from the unseasonably wet winter weather aren’t likely to be used an excuse for any underperformance on what is expected to be a strong quarter.

‘If anything the poor performance of the retail sector, which has helped drive the recovery over the past year, is likely to have held back the economy this quarter, which makes me a little nervous that some of the estimates for today’s GDP number could be on the optimistic side.

‘Retail sales for the first quarter have showed a decline of 0.3 per cent, with the figures for February and March unable to claw back January’s poor performance. Amongst the positives has been the robust performance of both the construction and manufacturing sectors.

Brent crude held steady above $ 108 a barrel after posting its biggest daily fall in nearly a month on an imminent rise in Libyan exports, while investors shrugged off more US sanctions on Russia.

BP: The oil firm posted quarterly profit slightly above forecasts and upped its dividend for the second time in six months, in line with a pledge made earlier this year to focus on returning more cash to shareholders.

WHITBREAD: The owner of Premier Inn hotel and Costa Coffee chains posted a better-than-expected 16.5 per cent rise in full-year profit and said trading in the first two months of its new year had started well.

ST. JAMES’S PLACE: Wealth manager St. James’s Place said it had started the year strongly, taking in £1.2billion in new money, up 26 per cent on the year earlier.

BRITISH LAND COMPANY: The company said it sold two retail parks for £78million. Over the past 12 months, it has sold £386million of retail assets.

BRITISH AMERICAN TOBACCO: The company expects compliance with new European regulation on cigarettes to cost it £100-200million over the next two years as it upgrades its machines to meet new packaging rules.

SHIRE: Allergan Inc, facing an unsolicited bid from Valeant Pharmaceuticals International Inc, is preparing to approach Shire again with a potential takeover offer after being rebuffed in recent months, people familiar with the matter said on Monday.

BARCLAYS: Three US-based former Barclays traders will be charged by the Serious Fraud Office as part of its probe into the alleged manipulation of the Libor interbank rate, the Financial Times reported.