13.00: Investors regained some of their appetite for riskier stocks today as global markets showed signs of recovering from jitters over the value of internet and biotech firms, with recently battered housebuilders leading the rally in London.

UK housebuilders rallied after recent falls, supported by a bullish sector review from Deutsche Bank, with the bank saying their sensitivity to interest rates has been overestimated.

Builders better: Housebuilders led the rally today having been badly battered recently due to fears of a housing bubble

Barratt Developments, which was the subject of a downgrade in rating by Goldman Sachs earlier this week, recovered to lead the FTSE 100 risers board with a gain of 12.2p to 393.4p.

Deutsche Bank said UK housebuilders’ shares had been weak due to concern that the Bank of England could raise interest rates sooner than previously expected.

‘However, with easy affordability, significant lending aspirations from banks combined with a willingness to reduce their spreads further, we believe the share price reactions have been overdone,” Deutsche’s analysts said in a  note.

But motor insurers were stuck in reverse today after a downbeat survey of the sector from Confused/Towers Watson.

The index showed the cost of personal motor insurance had dropped in the first quarter after signs that rates might have stabilised in the previous three months.

‘We reiterate our sell recommendations on Admiral, Direct Line and esure with the grim news on rates compounded by the on-going regulatory fog surrounding the industry.’

Tesco also featured among the blue chip fallers, losing 2.8p to 285.1p with brokers negative ahead of its full-year results next week after the latest market share figures from Kantar Wordpanel yesterday showed the continuing growth of discounters and further sales falls from the big four food retailers.

JP MorganCazenove cut its estimates and reduced its target price for Tesco shares to 250p from 285p to 250p and reiterated an underweight rating on the stock.

‘The chief financial officer is leaving the company and a Bloomberg report has suggested that the marketing director may follow, although this has not yet been confirmed. We expect more property writedowns and a warning on future dividends to be announced next week at the preliminary results,’ JPMorgan analysts said in a note.

Supermarkets were seen as among the hardest hit in a British Retail Consortium (BRC) report today which said retailers were forced to slash their prices last month at the fastest rate since 2006 as consumers continued to feel the pinch on their incomes.

According to the BRC, shop prices were 1.7 per cent lower in March than the same time last year, the biggest annual decline in any month since December 2006.

In other data released today, Britain’s overall trade deficit narrowed to 2.1billion in February, down from a revised 2.2billion gap in the previous month, but both exports and imports fell illustrating the fragility of the economic recovery.

‘As long as demand in the UK’s main continental export markets remains weak, the economy is likely to struggle to rebalance towards exports.

‘What’s more, strong growth in investment, which is typically import-intensive, is likely to prevent the overall trade deficit from narrowing much. For now, then, the UK’s economic recovery is likely to remain largely a domestic affair,’ he added.

09.30: London shares recovered some lost ground today after a week dominated by jitters over the value of technology, internet and biotech stocks.

In early morning trade, the FTSE 100 index was 42.7 points higher at 6,633.4, helped by a resilient performance overnight by the Dow Jones Industrial Average on Wall Street.

The steadier session came as investors awaited news on the outlook for US interest rates in minutes from the Federal Reserve’s most recent meeting, due after the London close tonight. 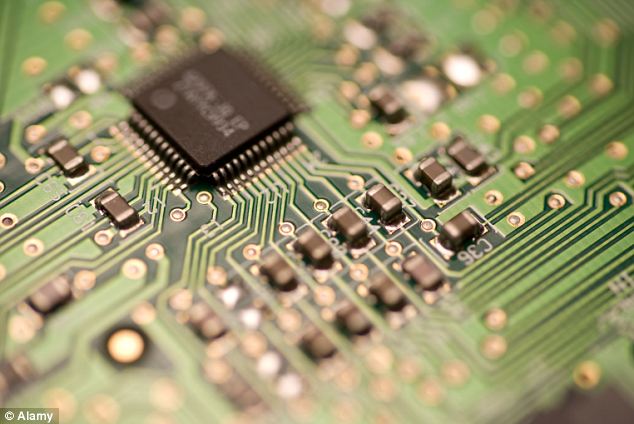 Tech bounce: Technology stocks such as chip designer ARM Holdings were among the blue chip gainers as the sector rallied following a sharp sell-off

London’s top flight fell sharply in its previous two sessions due to a flight from risk caused by worries that the boom in tech stocks may be overdone.

Some of the casualties of the sell-off were on the front foot today, with chip designer ARM Holdings among them with a rise of more than 2 per cent or 23.5p to 1,008.0p.

Asian banking stock Standard Chartered set the pace among the blue chips with a rise of 34.0p to 1,324.5p helped by positive comment from broker Investec which reiterated its buy rating on the stock and said ‘stay the course.’

But the same broker blighted some mining stocks today, with Chilean mining firm Antofagasta the top blue chip faller, down 10.5p to 860.0p after UBS cut its stance to sell from neutral and reduced its target price to 710p, citing a risk of de-rating especially given the outlook for copper prices.

UBS also trimmed its target price for Rio Tinto and a number of other miners. Rio Tinto shares slipped 0.5p to 3,426.0p.

Broker comment knocked BT Group as well, down 2.0p to 259.9p with Bernstein downgrading its rating for the telecoms incumbent to market perform from outperform.

‘Much good can be said about BT and their investment case, but we think much of this is now both well understood and priced in. Four potentially large risks sit further out on the horizon potentially capping upside,’ Bernstein analysts said in a note.

But rising gold and oil prices demonstrated the market’s vulnerability to continued troubles in the country, as the US accused Russian agents and special forces of stirring separatist unrest.

Alcoa kicked off the US first quarter earnings season yesterday, reporting profits ahead of expectations, but revenues missed forecasts. 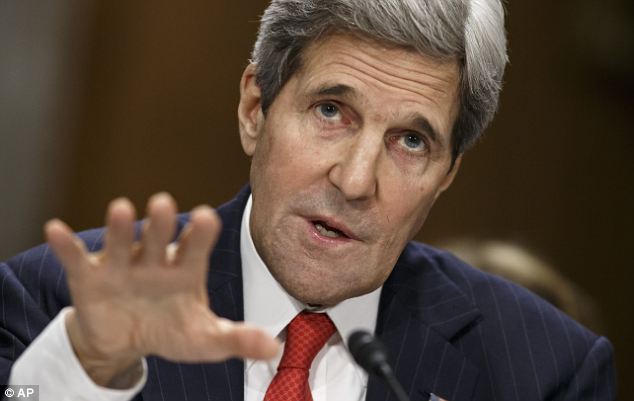 ‘There are a number of reasons to be cautious right now, whether that be corporate earnings season, which people are fairly pessimistic about, or the ongoing crisis in the Ukraine that has flared up again this week,’ said Craig Erlam, market analyst at Alpari.

But he said the release of minutes from the US Federal Reserve’s last meeting was likely to be a non-event.

‘There’s not actually a huge amount we can learn from this meeting with the Fed having already made it perfectly clear that it doesn’t intend to slow the rate of tapering [stimulus cuts].’

Jonathan Sudaria of Capital Spreads said apprehension seems to have descended on markets at the moment.

‘Negative cues seem to be popping up out of nowhere, like the US tech sell off and the Ukraine flaring up again, so traders are highly cognisant that if you get a few more negative news stories we could easily see the balance tipped in favour of a more sustained sell-off.

‘There’s usually a bit of trepidation in the session before the Federal Open Market Committee minutes are released but considering the amount of flip flopping from Janet Yellen after the meeting, anything of influence will probably be shrugged off.

‘Instead, today’s unease is likely to come from traders scanning the horizon for potential black swans.’

UK February trade balance figures are due out later and expected to show a deficit of 9.2billion, according to a Reuters poll.

Stocks going ex-dividend, which means starting to trade without the attraction of their latest payout – namely GKN, IMI, St James’s Place and Standard Life – are expected to knock 1.8 points off the FTSE 100 today.

BARCLAYS: Shareholders should oppose the bank’s bonus payouts for last year and its controversial plan to make extra payments to staff, an investor advisory group said.

ROLLS ROYCE: The company has won a $ 100million US navy engine contract.

TESCO: The supermarket is poised to sideline its marketing head in a fresh sign of the ongoing management turmoil at the retailer, Sky News reported.

Philip Clarke, Tesco’s chief executive, has decided to appoint a new chief marketing officer in place of Matt Atkinson, who has been in the role for just over a year.

ICAP: The broker and market platform owner is to launch a service designed to help shift the big voice-based orders at the centre of a currency market manipulation scandal to a more transparent electronic system.