Traders are digesting Turkey’s aggressive rate hike to 12 per cent overnight, a move that has soothed concerns about an emerging markets rout in response to the withdrawal of the US Fed’s stimulus programme.

The Fed is holding its final meeting under chairman Ben Bernanke today and will announce its latest policy decision at 7pm, after the London close. Bernanke’s deputy Janet Yellen takes over the top job at the Fed from February. 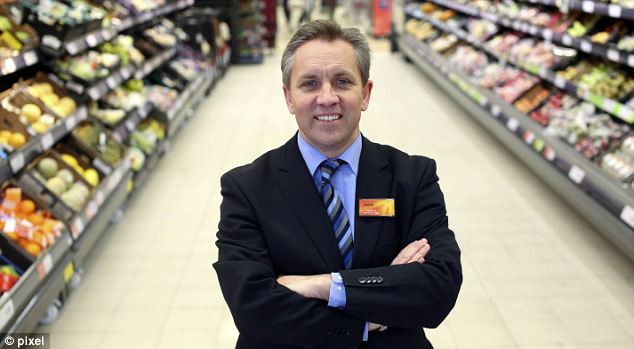 Change at the top: Justin King announced he would step down as chief executive of Sainsbury’s this July

‘Whilst the Fed have not confirmed this, economists at this stage believe purchases will be cut by $ 10billion at each of the next six Federal Open Market Committee [FOMC] meetings, with the programme ending no later than December.

‘This comes after the central bank announced its first bout of cuts to stimulus last month amid falling unemployment and improving data.’

Joao Monteiro, analyst at Monex Capital Markets, said: ‘The bulls are very much back in play as global equity markets continue to respond well to news of actions by central banks in emerging markets in shoring up monetary policy.

‘That big hike in Turkish interest rates overnight is being seen as instrumental in giving a little more stability, US corporate earnings continue to paint an increasingly optimistic picture and there’s absolute confidence that the Fed will proceed with its tapering measures when the FOMC shows its hand later in the day.

‘Obviously this does come with the risk that even any signs of caution by the Fed going forward could serve to rock sentiment, but after the selling we saw earlier in the week it does seem to be full steam ahead for equities.’

Jonathan Sudaria, a dealer at Capital Spreads, said: ‘Turkey’s attempt to quash its own currency troubles by hiking interest rates by 4.25 per cent [to 12 per cent] overnight seems to have steadied the recent fears of an emerging market rout.

‘Whether other emerging markets follow suit or the optimism can survive another expected $ 10billion of tapering tonight is another question, but for now fears that an emerging market collapse would drag western economies down seemed to have subsided.

‘Investors are still optimistic that an overall better than expected corporate earnings season could make a second round of tapering a rather safe bet.’

Sainbury’s shares dropped 5 per cent after Justin King announced he would step down as chief executive this July.

King, who has run the supermarket chain for 10 years, will be replaced by group commercial director Mike Coupe. The stock was down 19.15p at 337.55p in early trading.

The FTSE 100 was 57.9 points higher at 6,630.2 as Turkey’s surprise interest rate hike to 12 per cent reassured investors that emerging markets are ready to take emergency action to defend their currencies and economies.

Emerging markets have been boosted in recent years by plentiful cheap money generated by the US Fed’s stimulus drive, but the central bank is now looking to wind down its programme as the American economy recovers.

Mining stocks jumped by as much as 5 per cent today as production updates from two major players helped sustain the London market’s recovery.

The reports from Antofagasta and Anglo American were much needed by investors after the emerging markets wobble of Friday and Monday.

Chilean miner Antofagasta jumped 37.5p to 860p as it reported a record year of copper production in 2013, driven by a strong final quarter.

It was a similar story from Anglo American following higher output in the three month period for iron ore, copper and diamond production. Shares surged 5% or 71p to 1414.5p.

Barclays shares were also higher, up 10p to 283.3p, amid more details of the cost-cutting measures being planned by chief executive Antony Jenkins. He is reported to be ready to close a quarter of its 1,600 branches in the UK and cut hundreds of investment banking jobs.

Outside the top flight, shares in Mulberry slumped 26 per cent or 23p to 663.5p after the handbag maker blamed poor UK sales over the Christmas period for a substantial miss to profits expectations.

The FTSE 100 has opened 43.9 points higher at 6,616.2 after Turkey’s midnight decision to hike interest rates to defend the lira helped to stem an emerging markets sell-off.

Turkey’s central bank defied opposition from Prime Minister Tayyip Erdogan to raise its overnight lending rate from 7.75 per cent to 12 per cent – a much sharper move than economists had forecast – as it battled to shore up the country’s crumbling currency.

The emergency action reassured investors enough to lift Asian equity markets, and European markets have followed suit this morning. Germany’s DAX and France’s CAC 40 were both up 1 per cent in early trading.

However, traders remain on tenterhooks ahead of a decision by the US Federal Reserve later today over whether to cut its vast stimulus programme.

Turmoil in emerging markets over the withdrawal of cheap US money might not deter the move, as Fed policymakers are likely to be guided instead by overall signs of improvement in the US economy. 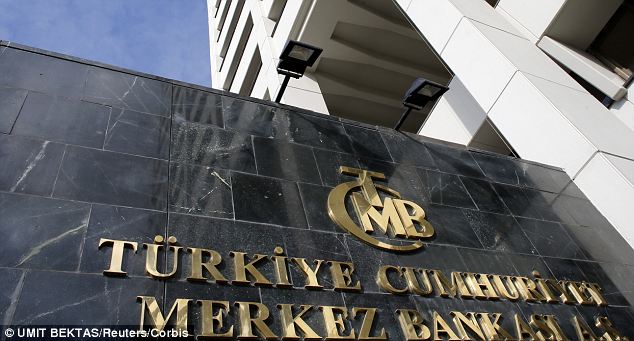 Chairman Ben Bernanke is presiding over his last policy meeting at the US central bank before handing over to new boss Janet Yellen. A statement is due at 7pm UK time.

‘The Turkish central bank’s bold decision to raise interest rates to 12 per cent yesterday evening appears to have given the markets a significant boost over night,’ said Alpari analyst Craig Erlam.

‘We’ve seen a huge amount of concern in the markets since the end of last week in response to the across the board selling in emerging market currencies.

‘This was always going to be a risk when the Federal Reserve started reducing its asset purchase programme, with the markets no longer being flooded with liquidity and investors being offered higher rates closer to home.

‘However, the action taken by the Turkish central bank should significantly reduce the capital outflows and even draw some money back into the country. If other countries follow suit, this should re-stabilise the markets at a time when further Fed tapering is widely expected.’

Others were more cautious, arguing that the problems in emerging market economies such as Argentina, where the peso has dropped sharply, and Ukraine which faces widespread social unrest, were not over and that equity markets could remain volatile over the next few weeks.

ROYAL DUTCH SHELL: The British oil firm said it had agreed to sell a 23 per cent stake in a Brazilian oil project to Qatar Petroleum International for $ 1billion.

ANGLO AMERICAN: The miner’s iron ore production rose more than expected in the fourth quarter, recovering from trouble at the division’s largest mine and copper output also rose to a quarterly record.

ANTOFAGASTA: Chilean miner Antofagasta said its cash costs for this year would be in line with 2013, as it posted record full year copper production.

MULBERRY:  The luxury fashion group  warned its annual profit would be substantially below market forecasts after heavy discounting over Christmas hurt its UK sales and its wholesale business was hit by order cancellations.

Turks don’t want t be in Europe anymore. They’ve seen what happens when you join the EU since Greece is just across the water.

It will be interesting to see how Ford deal with this after closing Transit van manufacture in Southampton and relocating to Turkey !!!!

Replacing Justin King will be like the Fergie situation at MUFC. Poor Mr Coupe is on a hiding to nothing with declining like for like sales and poor staff morale due to old fashioned senior management with no people skills.

A sure sign that they want to be in the EU for an immediate bail out. Will we fall for it? Of course we will.

Just the sort of economy the sheep want for the Common Market……come on in Turkey, welcome aboard the gravy train! Argentina next – doesnt matter any more that it isnt in Europe.