The FTSE 100 has opened 16 points higher at 6,850.3, as a recovery in Asian shares prompted investors to cautiously increase their exposure to riskier assets.

But the fourth quarter earnings season could inject volatility in the near-term after shares of some major US companies fell yesterday when they released results. Johnson & Johnson shed almost 2 per cent after providing a cautious view on 2014 profits. 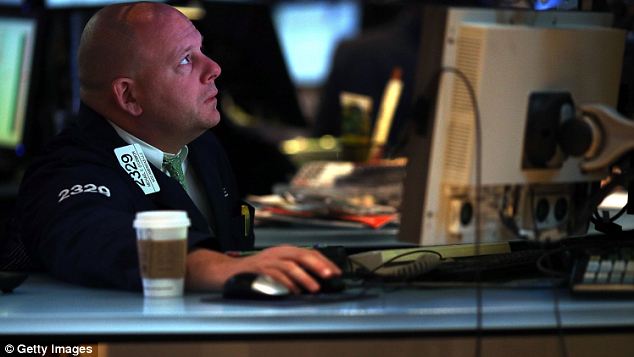 On the economic data front, investors will keep an eye on UK jobs numbers which are expected to show the unemployment rate fell in November to 7.3 per cent, a four and a half-year low.

The figures will be scrutinised for hints about when the Bank of England is likely to start raising interest rates. Governor Mark Carney wants the jobless rate to fall to at least 7 per cent before the Bank considers a cut.

The FTSE 100 touched its highest point since May 2013 on yesterday before pulling back in the afternoon to close flat at 6,834.26 points.

Shares in Compass Group, the world’s biggest catering company, and power producer SSE will go ex-dividend on Wednesday, meaning sellers instead of buyers will be entitled to their latest payouts.

The effect of the resulting adjustment to prices by market-makers will take as much as 2.08 points off the FTSE 100, according to Reuters.

AB FOODS: Shares in the firm rose 4.2 per cent yesterday. The Daily Mail’s market report attributes the rise to vague rumours that the company is considering floating its Primark discount fashion chain.

STANDARD CHARTERED: Shares in the Asia-focused bank rose 2.3 per cent yesterday, prompting the Daily Express and the Daily Mail to cite takeover speculation.

UNILEVER: The Anglo-Dutch consumer goods maker could review its investment in Britain should the country leave the European Union, the Guardian newspaper reported the chief executive as saying.