The signs of weakness which I’ve pointed out in the last review didn’t prove themselves, as a new all time High has been achieved. Again, the market showed signs of weakness right after making that High, didn’t manage to touch the upper Bollinger band, and closed the Weekly bar as a Doji.

Achieving a new all time High means also a bullish OKR on the Yearly chart, right at the breaking up of a 15 year range, where the last attempt to break that huge range was the Yearly bearish bar (year 2015) for which the 2016 bar OKR reversal has just been formed (chart3).

The current bullish setup target is to the 7250 level, along with last June’s Monthly bullish pinbar pointing slightly below, to the 7220 level (see the Monthly chart, chart2). Pay attention that the month of September printed a bullish pinbar as well, pointing to the same target of 7220.

The market is in a bearish setup to reach the Daily 50 SMA / 6889 support level (See the Daily chart, chart1), but since this is a counter trend first signal, it is not recommended at all. Even more than that, on the contrary, – look for a false break down.

A good bullish opportunity might come from a Daily false thrust down (e.g. a Daily bullish pinbar), preferably below the Weekly Low, but also a false thrust below last Friday’s Low can do the job. An opposite thrust above the High of such a Daily bar on the next day is a good bullish signal to join the current setup with the target at 7250, a major resistance on 7220 (Monthly bullish pinbar’s target).

If the coming week starts without a thrust down below last Friday’s Low, then taking out the last Friday’s High is also a bullish signal – to make a new all time High at least.

Currently there isn’t any point to look for a midterm bearish opportunities, at least as long as the Weekly bars keep closing above the sloping 8 EMA short term sentiment line. 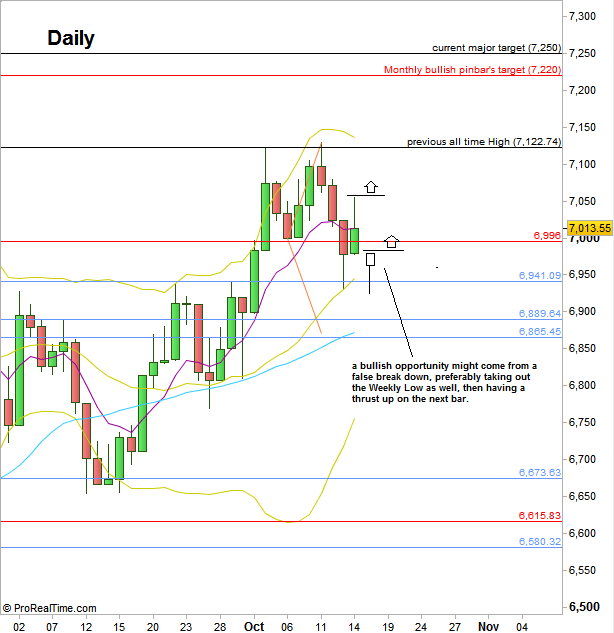 FTSE Futures, chart1 -Daily chart (at the courtesy of prorealtime.com) 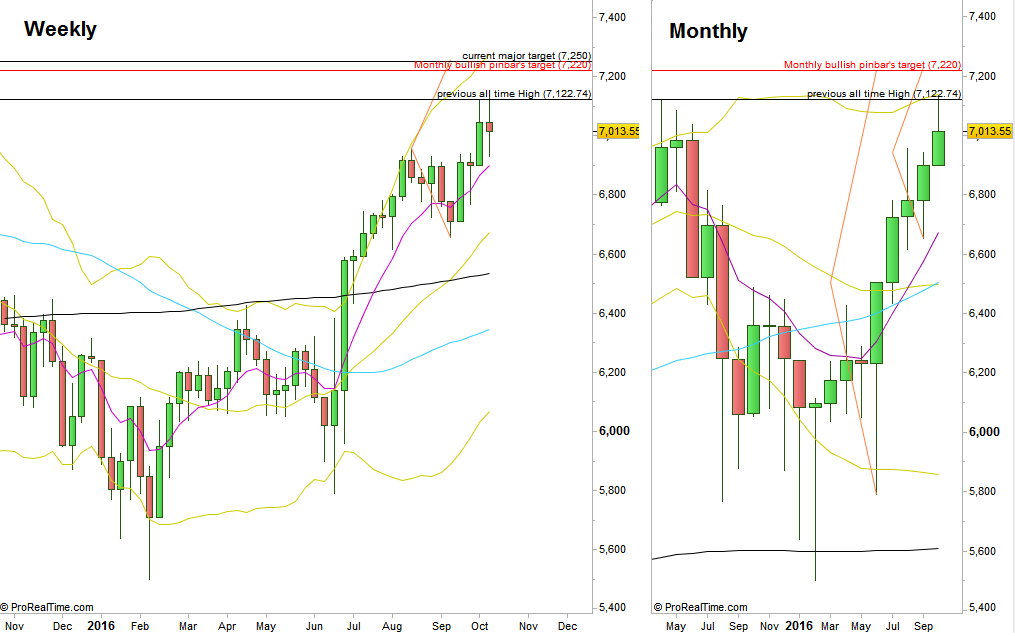 FTSE Futures, chart2, Weekly and Monthly map (at the courtesy of prorealtime.com) 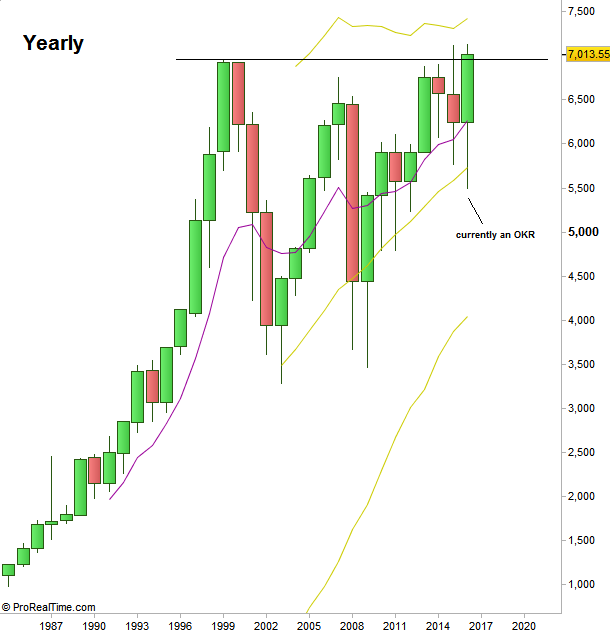