Examining the shocking wave after the Brexit decision published, although Friday’s bar range was huge, -as far as bigger timeframes are the matter, even the Weekly timeframe, it didn’t change much but extending an existing range both to the upside and to the downside.

The big Weekly bar finally closed in the middle, meaning much more sideways action inside the current Weekly range (which is quite a big range, more than an average Monthly bar range), The first thrusts above and below the that range should assumed to be false thrusts.

The bearish setup mentioned in the previous review, targeted at 5800 had been achieved, but not before the market made on last Thursday a shakeout that took out the Stops for this bearish setup, above the Weekly swing High at that point (above 6322.6).

Currently there isn’t any setup for either direction, as of the Daily timeframe and above, a fact that supports the assumption of more sideway actions within the Weekly range.

Here is the 8H chart of the current range, with major support and resistance levels. 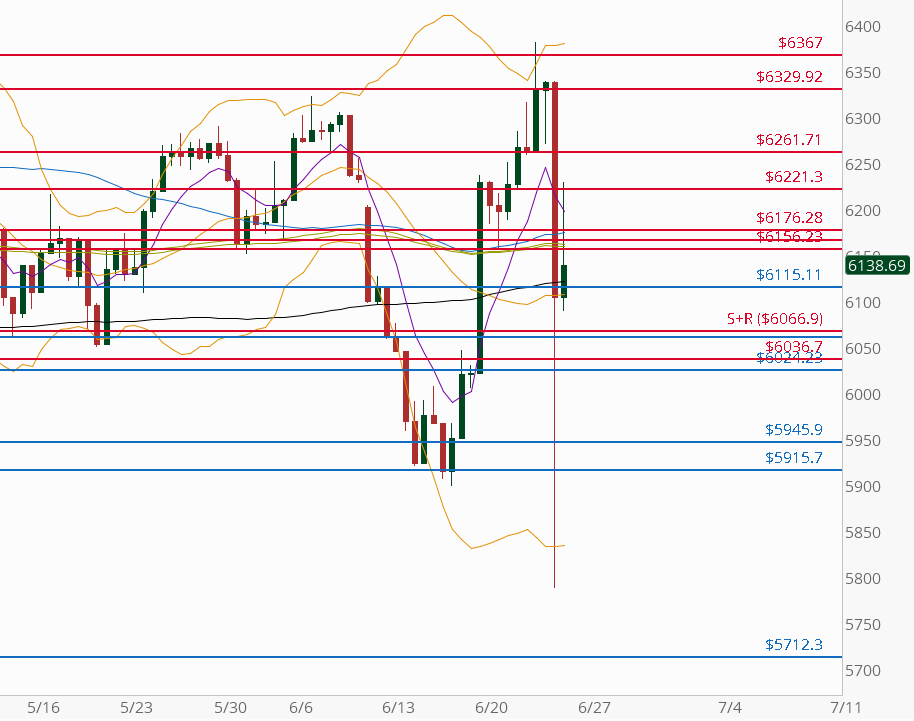 FTSE Futures: 8H chart (at the courtesy of thinkorswim.com)