Diageo was the top blue chip faller, down over 4 per cent, or 81.75p to 1,818.25p.  The Guinness and Smirnoff maker said revenues were down 1.3 per cent in the three months to March 31, with Asia Pacific particularly weak after a decline of 19 per cent reflecting weakness in China and low confidence in a number of other markets. 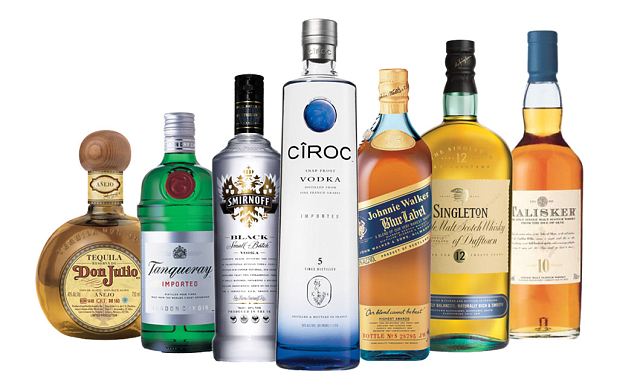 Richard Hunter, head of equities at Hargreaves Lansdown Stockbrokers said: ‘There is clear disappointment with the update, as testified by the share price reaction.

‘Apart from adverse currency movements, a lack of consumer confidence in Emerging Markets was cited as a reason for the drop in sales, particularly in China. This is not new news for the company, with the shadow likely to overhang the share price until such time as there is a revival in policy.

‘Nonetheless, the company remains a well diversified, cash generative operation with a progressive dividend policy, and the prior announcement of a further foray into India is a clear signal of intent to capitalise on the emergence of a new middle class in such regions,’ Hunter added.

The biggest rise in the top flight came from RSA Insurance, which rallied 2.5p to 95.1p after new chief executive Stephen Hester took a step in his turnaround programme by selling operations in the Baltics and Poland for £300million.

Outside the top flight, shares in Mulberry were 4 per cent lower after another profits warning. The stock, which has lost more than half of its value since the start of 2013, vowed to win back loyal customers by reversing the price hikes of previous boss Bruno Guillon.

This will result in a short-term ‘material’ impact on profits, the firm said, causing Mulberry shares to fall by 33.25p to 676.25p.

Blue chip luxury goods rival Burberry, which rose yesterday in the wake of another strong sales update, fell 28.5p to 1,437.5p, mainly on the fears caused by Diageo’s warning over weak Chinese markets.

08.30: The FTSE 100 has opened 13.7 points lower at 6,570.5 on weaker than anticipated results from US tech giants Google and IBM and rising tensions in Ukraine.

Shares in Google lost around 4 per cent after hours in New York as first-quarter revenue figures released following the closing bell missed estimates. IBM shares also lost 4 per cent after the firm reported its lowest quarterly revenue in five years.

Investors are unlikely to chase stocks higher today as a long Easter weekend looms and the situation on the ground in Ukraine remains unpredictable. 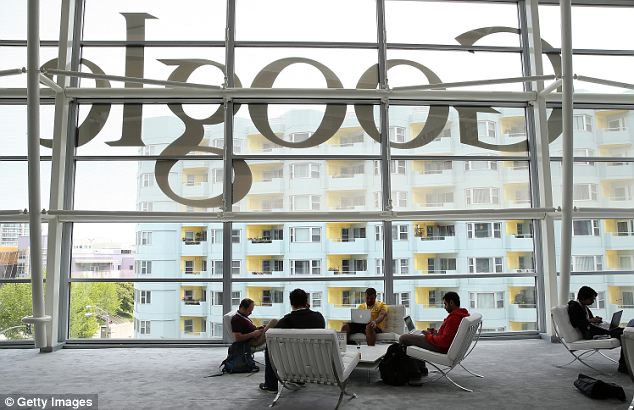 Ahead of a meeting of foreign ministers from Russia and the West in Geneva, separatists flew the Russian flag on armoured vehicles taken from the Ukrainian army yesterday.

‘With no one quite clear what is going on the ground in the Ukraine following numerous reports of gun battles, mass defections, building occupations, and tank thefts, it’s unlikely that traders will want to put on large positions going into a long weekend when the expectations for the talks are so low,’ said Jonathan Sudaria of Capital Spreads.

DIAGEO: The drinks group reported a 1.3 per cent decline in third-quarter organic net sales, hurt by weakness in China and political instability in Thailand.

LLOYDS: The bank said private retail investors who held bonds issued to rescue it during the 2008/9 financial crisis had agreed to swap them for £58.5million in cash.

MULBERRY: The firm warned that underlying profit for the year would be marginally below current expectations, the fourth time in two years the luxury goods maker has lowered its forecasts.

TAYLOR WIMPEY: The housebuilder said strong sales had continued into the first quarter.

BP: The firm said the US Coast Guard had ended patrols and operations on the final three shoreline miles in Louisiana, bringing to a close the four-year clean-up of the Gulf Coast following the Deepwater Horizon oil spill.