By This Is Money Reporter

The FTSE 100 has opened down 34.4 points at 6,651.2, tracking losses on Wall Street and in Asia as worries about the Chinese credit market hurt sentiment.

China’s central bank is reportedly prepared to loosen monetary policy if economic growth slows further by cutting the amount of cash that banks must keep as reserves.

But investors are focusing on mining stocks after London copper prices hit a 44-month low on growing concerns about credit-linked defaults in China –  the world’s top user of the metal. 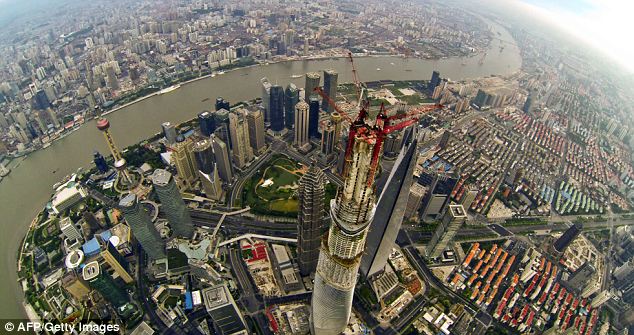 Chinese firm Baoding Tianwei Baobian Electric announced a second straight year of net losses on yestersday, leading to a suspension of its stock and bonds on the Shanghai Stock Exchange and stoking fears that it too may default on bond payments after Chaori Solar last week. Copper imports are used in China as collateral to raise funds.

Investors were also nervous due to ongoing tensions between Russia and Ukraine. The new government in Kiev appealed for Western help yesterday to stop Moscow annexing Crimea, its Black Sea peninsula.

‘Fears of a slowdown in China, which were exacerbated over the weekend with those weak trade numbers, emerging market growth concerns, as well as the prospect of no imminent solution to what is going on in the Ukraine [are] perhaps prompting a more risk-averse scenario amongst some investors,’ said Michael Hewson of CMC Markets.

‘This is particularly concerning given that with US margin debt [investors borrowing to buy stocks] at record levels it probably wouldn’t take too much to prompt an even steeper sell-off in the event we don’t get some sort of an evidence of a significant economic pick-up in China, or a slight lowering of tensions in the Crimea.

‘Concerns about the Ukrainian situation are unlikely to go away given that EU leaders seem determined to implement some form of sanctions against allies of President Putin, which could, in turn prompt a counter response.’

The FTSE 100 closed 3.9 points lower at 6685.5 yesterday after touching mid-February lows during the session.

A host of blue-chip companies, including British American Tobacco and HSBC, go ex-dividend on Wednesday. The impact of those stocks losing their payout attractions will take about 20 points off the index.

Discount retailer Poundland announced its pending floatation would value the company at 750million.

ASTRAZENECA: AstraZeneca has agreed to sell its Alderley Park research site in northern England to a public-private partnership group as it moves drug discovery to a new global centre in Cambridge.

FERREXPO: Ukraine-focused iron ore miner Ferrexpo said it was on track to complete its expansion programme as it posted an increase in annual earnings, helped by higher iron ore output offsetting weaker prices for the steelmaking ingredient.

HOCHSCHILD: Latin American mining company Hochschild said it had scrapped dividend payments after full-year core earnings fell by half on the back of declining precious metals prices.

HIKMA PHARMACEUTICALS: Hikma said it was expecting 2014 revenue growth of 5 per cent.

LLOYDS: Lloyds Banking Group said it would cap the pensions of around 35,000 employees in a move that will boost income by 1billion pounds but risks a backlash from disgruntled employees.