The FTSE 100 has opened down 4.6 points at 6,825.9, with mining stocks under scrutiny due to concerns about a credit crunch in China, the world’s biggest consumer of metals.

Copper, steel and iron ore prices are under pressure due to worries about credit availability and subsequent demand from users in the country.

The mining sector bore the brunt of selling on European markets yesterday, with traders saying the China-related falls had further to go. 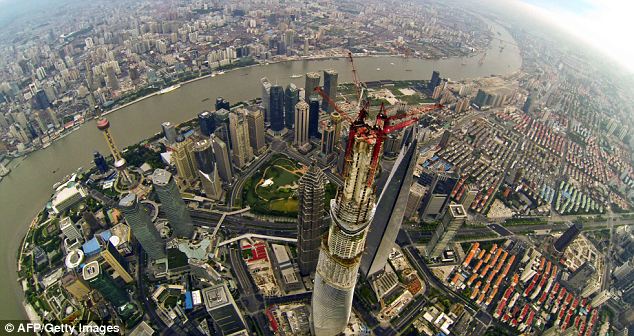 Credit worry: China is the world’s biggest consumer of metals

Weaker than expected US consumer confidence and house price news was also weighing on investors’ mood yesterday, and helped push the FTSE 100 35.4 points lower to close at 6,830.50.

‘Flat finishes in the US and mixed markets in Asia highlights the trepidation that traders are feeling at current lofty levels,’ said Jonathan Sudaria of Capital Spreads.

‘Where we go from here is anyone’s guess and traders will be looking for cues before embarking on the next leg but with all the bearish flash points in the world at the moment let alone the hidden black swan events that no one is talking about yet, traders are well aware that a downward move is equally likely if not more.’

ITV: The broadcaster said it would pay a special dividend totalling 161million after posting a 21 per cent rise in 2013 core earnings, spurred on by a rise in non-advertising revenues.

PETROFAC: The energy services firm posted full-year profit ahead of forecasts and repeated a cautious outlook for the year ahead, expecting little or no growth as oil companies cut investment.

ROYAL BANK OF SCOTLAND: The bank has received approval from Treasury agency UK Financial Investments to pay about 550million in staff bonuses for 2013, Sky News reported.

BARCLAYS: The bank said it has closed its power trading desks in London and New York, joining a string of global investment banks that are paring back their commodity market activities as increased regulations bite.

ASTRAZENECA: The drugmaker said that the US Food and Drug Administration had approved Myalept – metreleptin for injection.

DIAGEO, EASYJET – The two companies will go ex-dividend on Wednesday, after which investors will no longer qualify for the latest dividend payout. According to Reuters calculations at current market prices, the effect of the resulting adjustment to prices by market-makers would take 2.69 points off the index.